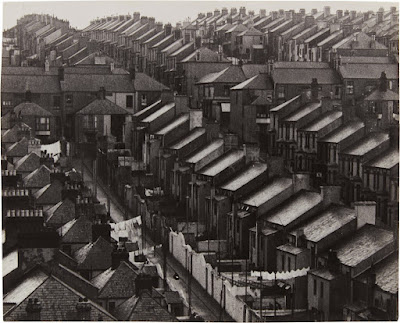 “In they had these row houses - we were driving through while on tour - and somebody said ‘oh, look dub housing”

Posted by SIMON REYNOLDS at 12:05 PM No comments:

"He often said that his life as a musician began at the age of twelve, when his grandmother died. The story goes that Tazartès went into the woods, dug a hole, and then sang so loudly that the ducks on the lake began to shake

"‘My wife worked with him at Phydor, a biscuit factory’, [label boss Philippe] Conrath told me. ‘He would sing while he was loading the cookies onto a truck. I knew he was singing something very, very, very, very strange’. "

"My favourite of his albums, une éclipse totale de soleil, came out in 1983 on Cobalt. It has not softened over time. Singing and tape edits create an immersive bad trip over the course of two very long tracks, birdsong and rhythmic pips jump cutting to fried pulses and vorpal growls"

Posted by SIMON REYNOLDS at 1:30 PM No comments:

Posted by SIMON REYNOLDS at 4:06 PM No comments:

the source for this?

Posted by SIMON REYNOLDS at 1:37 PM No comments: 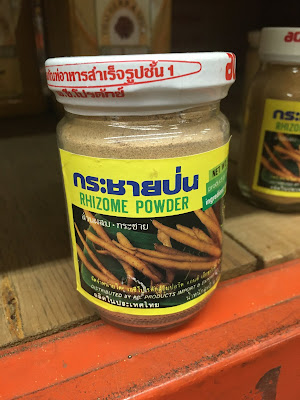 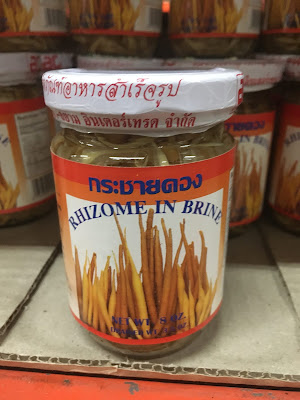 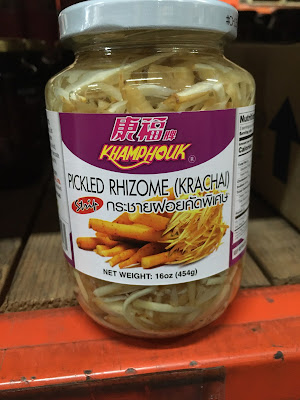 Posted by SIMON REYNOLDS at 2:00 PM No comments:


"The Traumdeutung project began in 1999 with a one-hour recording of my snoring into a DAT player placed next to my bed in my NYC loft. My snores, re-contextualized here in musical arrangements produced by Arto Lindsay and Alexandre Kassin, range from the mild and blissful to the vulgar and catastrophic. My original intention was to turn something awful into something listenable or, at least, amusing. However, in the mixing stage, unexpected results were revealed and oblique references came into play. The human snore, if slowed down as we did several times in the studio searching for editing points, is almost identical to the sounds of plaintive underwater whales. In listening to these mixes one follows the moods, if not the actual narratives, of the dreamer -- sudden changes in snoring clearly result from changes within inner narratives. These are abstract matters, as we can only witness such inner events through a series of filters. Traumdeutung, the album, is linked to the modern bossa music of Brazil. The meditative or relaxation-inducing aspect of that music is hyper-conceptualized and exaggerated here. Bossa nova drummer Paulo Braga was first asked to accompany the bare snoring track. Later musicians and friends added parts -- guitar, bass, keyboards, samples, etc. Four tracks with spoken conversations are on the album, two in German, one in Portuguese and one in Japanese. The most satisfying result of this project was to create an opportunity for a listener to read or interpret the stream of thought of the snorer -- what brut moods, feelings and narratives exist within it. In these awkward and displaced sounds we can witness abstract processes of telepathy and psychic communication."

Posted by SIMON REYNOLDS at 12:19 PM No comments:

Posted by SIMON REYNOLDS at 10:37 AM No comments: 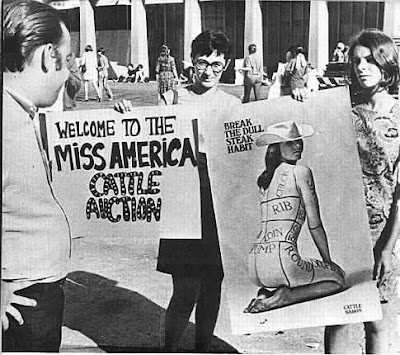 based on this advert 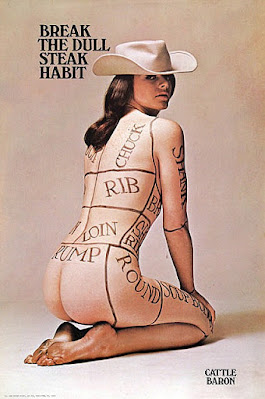 and then of this video, which is quite putrid - unfortunately, given that the song just as a sound - and as vocal texture - is one of my favorite pop moments of the last 2 or 3 years

and then this one is thematically ah linked

I remembering reading in the Female Eunuch about belittling endearments that used the language of treats and foodstuffs - honey pie, sugarplum, sweetie, love muffin  etc etc - and nodding as a stern, ideologically vigilant 16 -year-old fan of Delta 5* and the other unisex postpunkers (the scouring power of dour etc)

still there is an undeniable similarity between the two kinds of oral gratification, the senses of taste, smell and mouth-feel are both activated...

Posted by SIMON REYNOLDS at 3:58 PM No comments: