look back in Hunger


the sound design in The Hunger is really rather fabulous

nice synthoid dissonances if you wait through the warbly opera bit

Posted by SIMON REYNOLDS at 10:25 AM No comments:

Posted by SIMON REYNOLDS at 4:58 PM No comments:

Posted by SIMON REYNOLDS at 2:17 PM No comments:

two songs that could be put into conversation with each other

topics for heated discussion including


... and probably a bunch of other things


i am feeling too hungover to attempt such a colloquy today


a third voice in the conversation could be

and the mooted but never allowed to happen collaboration between A Certain Ratio and Grace Jones on a cover of Talking Heads's "Houses In Motion" and possibly a whole album, to be recorded at Compass Point

also the fact that it was Island who thought go go might be the next reggae for them (they'd already tried and failed with Afropop and King Sunny Ade) and went so far as to funded a movie about the DC scene with Troublefunk involved called Good To Go - that initially was directed by Don Letts, until he was fired by Chris Blackwell

actually interviewed Troublefunk around that time.... was not convinced by go go and the expectations around it bubbling in London style bible / soulboy circles

Posted by SIMON REYNOLDS at 2:19 PM No comments:

why aren't they more legendary?

among the heaviest of the UK punks

"in a rut" the next step on from "submission"

this other hit of their is more than solid


the guys in the Ruts were kinda hippies - met at Deeply Vale Music Festival ! - realised which way the wind was blowing and changed their approach and no doubt hair styles and trousers. 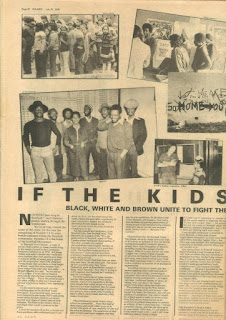 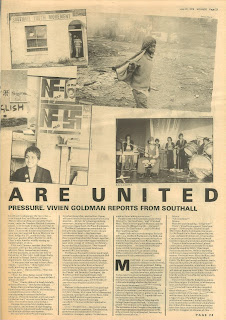 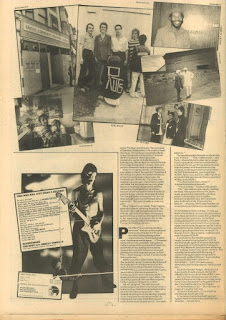 a bit like a politically conscious Sublime that one

Stiff Little Fingers are another band lost to time as well, aren't they? they were so huge for about a year - remember a boy at my school had their logo all over his folders and briefcase

But no young person today would check them out, when going through the checklist of History You Must Acquaint Yourself With

whereas Buzzcocks, Wire, Slits, Clash, X Ray Spex would be most definitely be on that list...