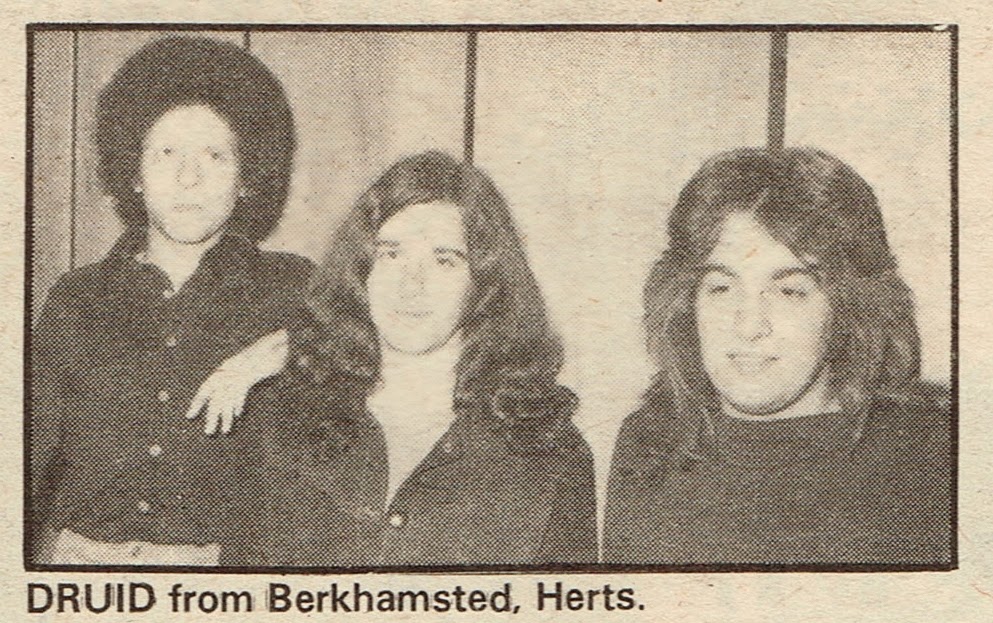 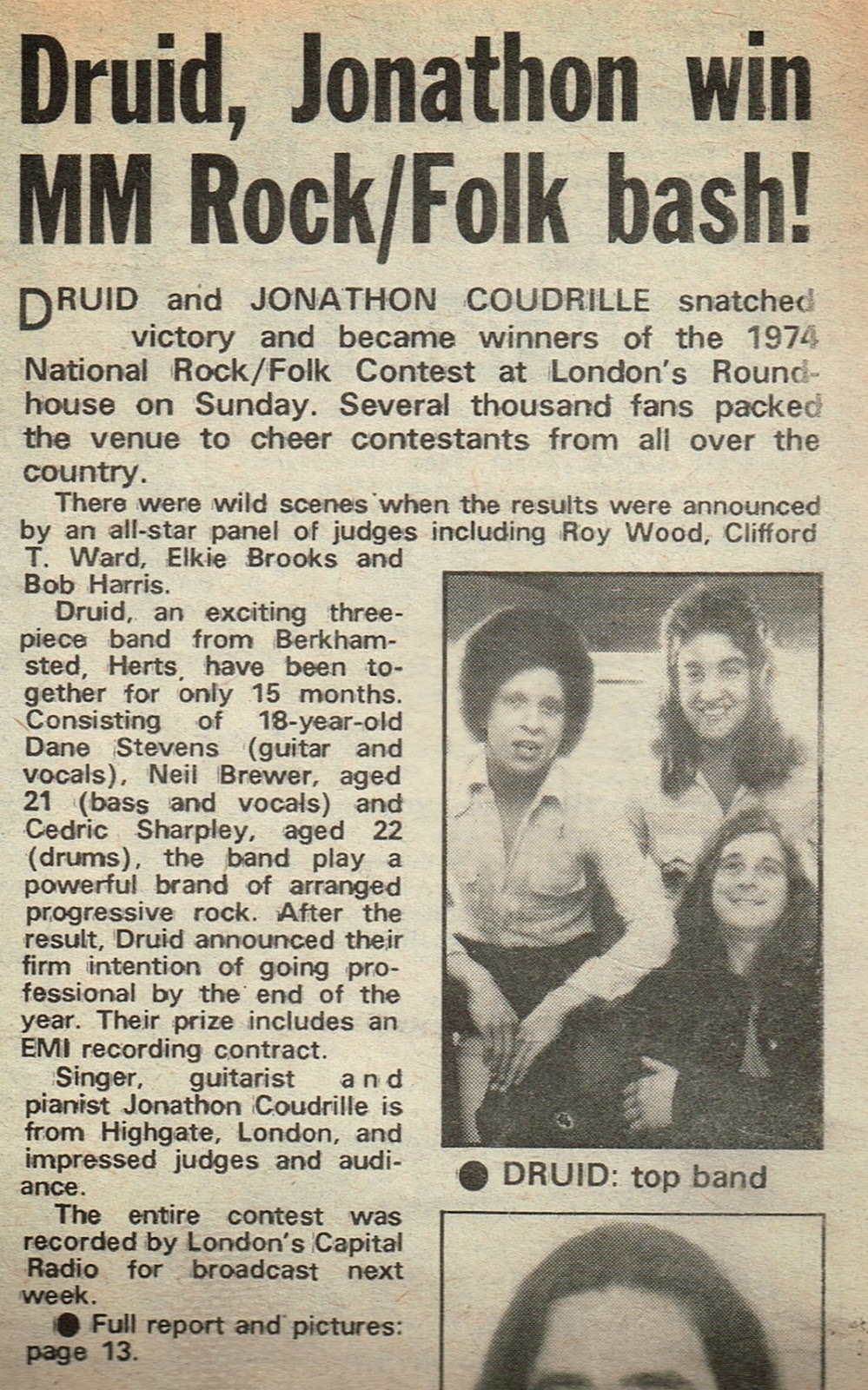 
But wait a minute!

That dude on the left with the Afro....

He went on to play in Tubeway Army.

You can see him in the video for "Cars".

I saw him a couple of times in Berko. The occasion that's still vivid in my memory is Ced striding purposefully across the Lower Kings Road. Quite possibly on his way to the town's one record shop (not counting W.H. Smith and Woolies).

MM gave oddly extensive coverage to Druid after their triumph. There was quite a large piece on them, looking at their beginnings, the struggle of an up and coming band -  gig by slightly better gig, key decisions to invest in better equipment, and so forth. And then there was a later piece looking at their progress since winning the contest.

After Tubeway Army, Sharpley and some of his fellow Numan-minions formed the band Dramatis, with Gaz's support.


Posted by SIMON REYNOLDS at 9:41 PM No comments: