Black Arabs wasn't just a one-off, a piss-take - Malcolm McLaren was, if briefly, taken with the idea of subverting the disco world from the inside. Perhaps recognising it as much bigger with the actual youth - working class youth - than rock music, the zone he infiltrated and detourned with the Sex Pistols.

For a while he was lined up to manage the Slits, and had a whole game plan - in utter disregard of the band's own musical impulses and interests - to turn them into a disco act. There was talk of them signing to Hansa, the "cheesy" German disco label. Then Island's Chris Blackwell took an interest and wanted McLaren to make a film around the Slits.

From The Sex Revolts:

Compare the wildly inventive scams and schemes he dreamed up for the Sex
Pistols to his proposed ideas for the all-female group the Slits (he was
offered the chance to manage them after he lost control of the Pistols in
early 1978).  Talking to Melody Maker's Michael Watts in the summer of 1979,
he revealed that Chris Blackwell of Island Records offered him a hundred
thousand pounds to take on the Slits and make a film with them (with a
soundtrack produced by Eurodisco pioneer Giorgio Moroder).

According to Watts, 'McLaren worked out a plot which bears the
unmistakable influence of Russ Meyer [the American porn director who was
involved in the original unfinished Pistols movie, Who Killed Bambi].  They
would be four girls, sent to Mexico by a cheap London cabaret agency, who
discover that in effect they have been sold into slavery.  Their adventures
would be sensational.  McLaren still gets excited as he outlines his idea:
'The girls, you see, believe in the whole fabulous thing of a rock'n'roll
group going to Mexico and making an experience for themselves. But what I
wanted to prove was that when they arrived in Mexico, the only thing that
the Mexicans wanted to see was their ass and fanny; they would end up
strip-tease dancers, totally fed-up and worried and being fucked from one
end of Mexico to the other. Finally they are married to certain forces in
Mexico and become fabulous disco stars.'

Clearly McLaren was unable to conceive of a female rebellion or outrage equivalent to what he'd wreaked with the Sex Pistols.  He never even considered the Slits as agents, only as
pawns. Whereas he vicariously identified with the Pistols, McLaren's plans
for the Slits were purely exploitative.

Still, can't help wondering what might have happened in some alternate-world scenario where McLaren did manage the group and make this film and a record - Ari Up meets Giorgio Moroder, Bavaria meets the Tyrol -  in the electronic disco mold.

When I interviewed Ari Up for Rip It Up she had this to say of the short-lived dalliance between McLaren and The Slits:

ARI: “We all liked Malcolm as a manager for the Pistols. He was really eager and excited—he thought, ‘yeah, the female Sex Pistols’.  Then he started coming more and more to our rehearsals and telling us how to play. That became a real issue, We were more bass-oriented, even before Cut we were doing tribal crazy shit. But he kept saying, ‘guitar’s where it’s at’. Malcolm was very male-oriented.  We were very female-orientated. He said the guitar needs to be upfront, not the bass.  I just wish we could’ve been more mature about trying to convince him otherwise and I wish he had been more tolerant. Because if he’d managed us, the Slits might have survived longer and done more commercially.”

SR: I read this amazing quote where McLaren is supposed to have said, “I want to work with you because you’re girls and you make music. I hate music and I hate girls. I thrive on hate”. That’s Viv Albertine’s recollection of what he said, if I remember correctly.

ARI: “That sounds like Malcolm! I would trust Viv with her recollections.”

SR: So McLaren was a bit of a sexist, then.

ARI: “He was also sexless. Not homosexual, not straight--nothing.”

SR: Perhaps the kind of things he’d later do with Bow Wow Wow is what he would have tried to do with the Slits. Exploitative, porno-tinged stuff.

ARI: “He is an exploiter! We wanted to fool around with him because he was very cunning in the way he tricked the system to get the Pistols big. But of course he ruined the Pistols with exploitation and he absolutely fucked over John Lydon."


Funny too that McLaren was paralleling Lydon's post-Pistols path with the interest in disco ("death disco", "disco is the only music around I like" etc)

I remember reading an interview where McLaren said he liked Donna Summer just like anybody else, he was susceptible to it. Adding "but that's not music, that's just something to soften the blow" - ie. escapist, emollient pop.

Later on McLaren made dance music, from "Buffalo Gals" to "Deep In Vogue" with its borrowings from ballroom culture.

Indeed I have come across academic writings that position McLaren as a queer musician on account of this, which seems to suggest unawareness of the rest of his career.
Posted by SIMON REYNOLDS at 10:59 AM No comments:


who invented the galloping rock song?

(wish YouTube had the proper recorded version of "Crazy Train", with the great intro and cleaner choppy gallop riff from Randy Rhoads, but this live one will have to do)

Some good suggestions in the comments boxes


Rhythms imitating footsteps/hoofsteps have been around for centuries, dating back to folk songs and sarabands, and probably much earlier. Any song intended to accompany dancing or convey a sense of travelling will be set to such a rhythm. The most obvious precursor for hard rock is the blues shuffle, which Led Zeppelin et al. simply sped up.

If a horse was slipped a bit of mogadon, it's cantor might resemble the precarious gait of Sister's of Mercy's Marian. There must be all sorts of songs that use the rhythm, which I'll probably notice over the next few months thanks to your post. ;-)


Also of interest is the Wikipedia entry on galloping rhythm:

Play example (help·info)[1]),[2][3] and may be heard in the introduction to Deep Purple's "Highway Star",[4] as well as their "Hard Lovin' Man" and Black Sabbath's "Children of the Grave" and "Air Dance".[5] Also Metallica's "Motorbreath" and, more famously, "The Four Horsemen".[6] The pattern has also been used by group such as Iron Maiden, Judas Priest, Slayer and Black Sabbath.[1] Variations include triplet gallop rhythms (

This pattern has also been used in many non-metal songs. A classic example is the Scott Walker single "Jacky" released in 1967.


Before Robyn, before Annie, before Sally Shapiro....   Before Aqua, before Kylie....  the original hipper-to-be-square, plastic-as-positive transvaluation - Dollar

Horn's influence from 10.c.c. "I'm Not In Love" utterly apparent from that one.

Faberoonie as far as it goes - but has anyone ever actually felt an emotion off of Dollar?

That to me is the difference between Dollar  and Altered Images, an equally produced band arguably (Rushent) but with an unmistakeable twinge of real yearning in there.

That's the difference between 80s pop and New Pop - the former is about entertainment professionals; the latter is about autonomous artistic entities, nearly all of whom came out of punk and postpunk

(Kim Wilde another case in point - regardless of the New Wave stylizing of the product, or the excellence of some of the singles - it's just 80s pop, to be bracketed with Bucks Fizz rather than Orange Juice or Duran).

Vaguely recall reading about a  Thereza Bazar solo album produced by Arif Mardin, that cost half-a-million to make, got advance hype, but barely seemed to come out at all...

First effort on their own again, and not a bad simulation of the Horn sound


didn't realise they had this after-career, with a Stock Aitken Waterman-ish sound


Dollar, before Dollar - i.e. the Brotherhood of Man-like outfit Guys & Dolls - Dollar are the couple on the left


A rmx of "videotheque", not eccojam by Chuck Person style, but intended to be  "loosely based on Daft Punk's Discovery album, especially tracks like High Life"

Posted by SIMON REYNOLDS at 11:06 AM No comments:

" a brief extract from our next tape which presents some unreleased home demos of Daphne Oram trying out different arrangements of this piece. Available to pre-order now from wasistdas.bigcartel.com/ "
Posted by SIMON REYNOLDS at 11:05 AM No comments:

Old New versus versus New Old 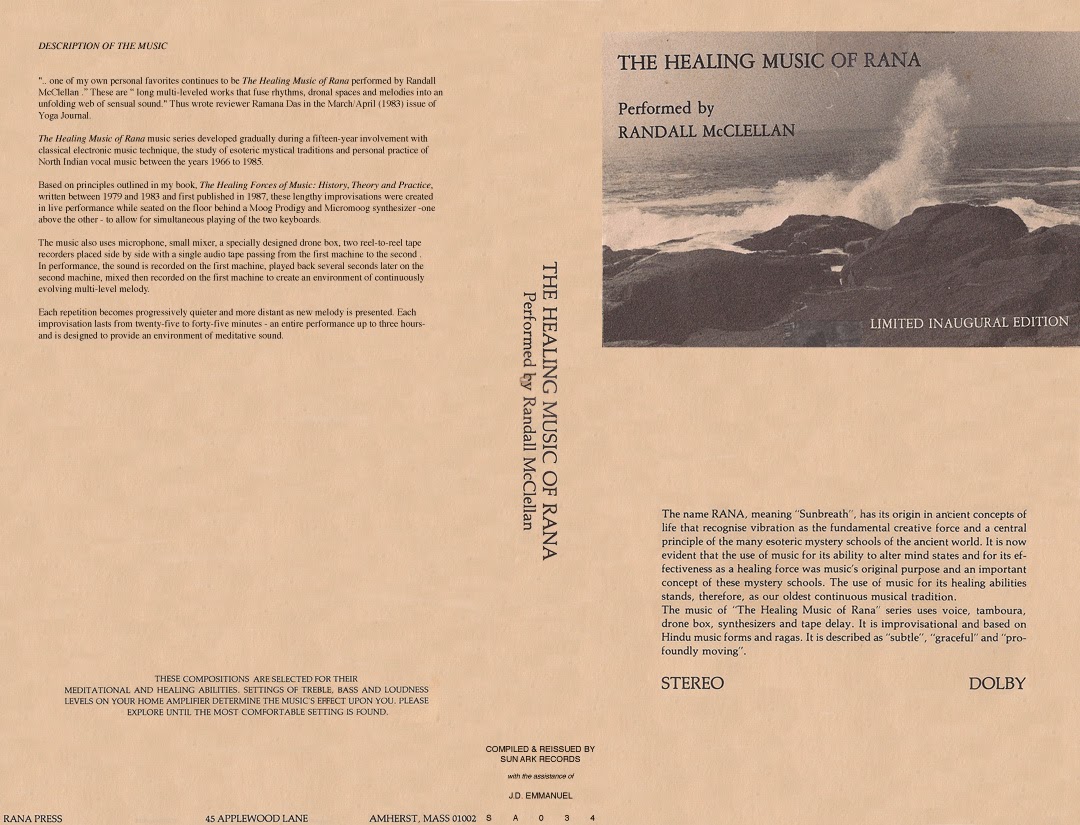 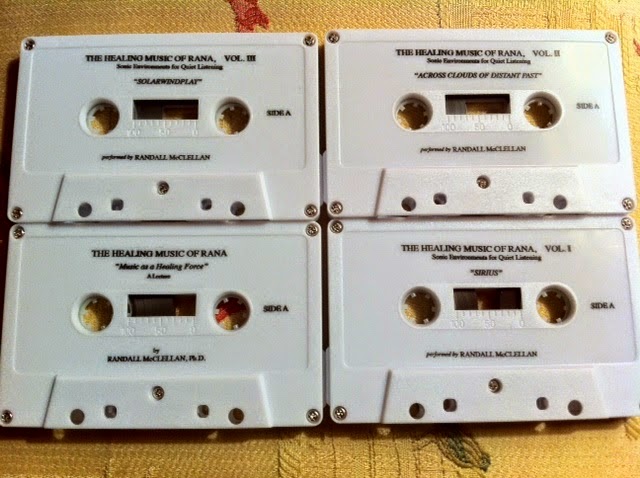 Posted by SIMON REYNOLDS at 11:05 AM No comments:


Don't remember this scene from The Great Rock'n'Roll Swindle at all...

Remember the song(s) very well indeed, though, from the album: The Black Arabs's fabulous discofunk medley of Pistols tunes.

Not much info out there about Black Arabs.

They were proteges of Bernie Rhodes, who did even less with them than he did with Subway Sect.

(Actually at one point they appear to have become Vic Godard's backing band).

A proper Britfunk outfit, judging by the clip, in the mold of  Hi Tension and Heatwave...   the high harmony vocals as crucial to the groove as the bass and drums and percussion

We pored over the double-LP gatefold album inner sleeve, drinking in the graphics

Listened to the contents, over and over.... usually skipping certain tracks (the orchestral "EMI", the French "Anarchie dans le UK", the proto-Professionals Steve Jones-on-vocals numbers like "Lonely Boy", the Sid Vicious Eddie Cochran covers, "I Wanna Be Me", Tenpole Tudor's "Rock Around the Clock", the Biggs version of "Belsen Was A Gas", ) and fixating on other: the "Johnny B. Goode"/Roadrunner"  live rehearsal demo stuff, "No One Is Innocent", Tenpole's "Who Killed Bambi", "Friggin", the title track with its Rotten-replacement audition punx taking turns on the mic', "My Way" of course, "Don't Give Me No Lip Child" and "Substitute",  the Rotten version of "Belsen Was A Gas").

And Black Arabs was a favorite, much-played in the big bedroom at 113 Bridgewater Road.

Loved reading about the film in advance. Read and reread the various clipped out cuttings of interviews that Julien Temple did...  pieces about / with McLaren, who was still excited about its ideas-in-potential but already starting to disparage the end result (having being kicked out of the directorial chair).

The soundtrack came out way in advance of the film,  It was a long wait, and all the while the scene was changing... punk was turning into / being displaced by postpunk. Oi! was making punk seem silly / retarded / passe.

Meanwhile there was an endless string of singles off of Swindle, getting increasingly poor by the end. Not to mention the Sid Sings album, the Some Product: Sex Pistols Carri On album of radio interview excerpts (we got that too), and then Virgin's exploitative nadir, the compilation Flogging A Dead Horse.

Still, I followed everything that Malcolm did with great interest...  Bow Wow Wow etc. Waited for the film.

Finally it came out. The film itself, while disappointing - largely through execution, the deficienciess of acting, direction, editing, etc -  is still crammed with ideas.

At very least, it's about 1000 times better  - entertaining, essence-capturing - than Sid and Nancy.

(Very much regret not having bought the odd little Swindle novelisation, put out in newspaper-like format, by Michael Moorcock.)

Heard this version first, and the Stooges only quite a bit later

So for me the Pistols version is "the original"


And I do believe it to be objectively superior on every level -  wilder, more unleashed and rampaging - mustering a greater level of malevolence

with a bit of psychology

a bit of neurology

(Needless to say I love The Stooges.)

(The Dolls though.... well, "New York" on Bollocks wipes the floor with, doesn't it? Uses their career, their oeuvre, as a  damp rag. Objectively)

Posted by SIMON REYNOLDS at 9:10 AM No comments: