I know all the band would agree with this one, it’s one track that everyone gives a resounding yes to. It defines everything about rock music. The track 'Faith Healer' on its own, on its own, kinda inspired Killing Joke. Yes, massively, it inspired a young [Geordie] Walker and it’s the only song by Alex Harvey I really like, but it’s got to be one of the greatest pieces of rock music ever

yeah i can see that connection

a fantastic piece of controlled tension, i can't think of any other piece of rock like it

and K Joke did "tension music"

other Jaz choices (Ligeti to Chic, PiL to Wagner) interesting and revealing

he does have quite a high estimation of himself though don't he?

gotta love the Joke though


Posted by SIMON REYNOLDS at 8:51 PM No comments:

Labels: "my degeneration", "MY GENERATION", THE EYES, THE WHO

each great in their own way
Posted by SIMON REYNOLDS at 9:45 PM No comments:

it grew on me

robo-glam
Posted by SIMON REYNOLDS at 10:17 PM No comments:

Posted by SIMON REYNOLDS at 9:38 PM No comments: 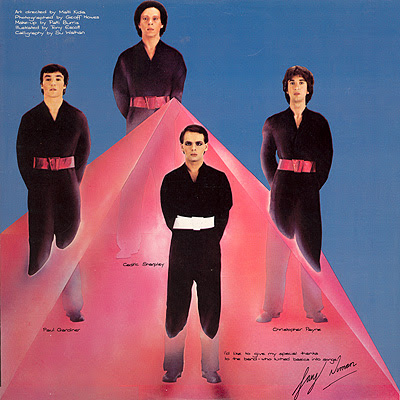 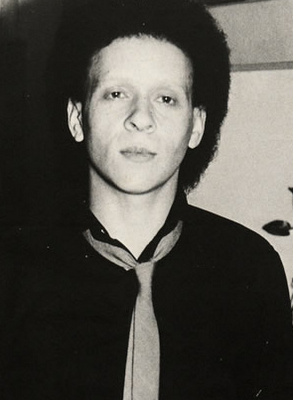 who lived in Berkhamsted

who I saw in the High Street once or twice

handy with the sticks he was

Tubeway Army - a proper rock group they were

heavy
Posted by SIMON REYNOLDS at 8:00 PM No comments:

Engelbert is singing this year's UK entry for the Eurovision Song Contest, making him the oldest male contestant ever

"les bicyclettes de belsize", one of his smaller hits of the late Sixties... theme song of this, not actually filmed in Belsize

Posted by SIMON REYNOLDS at 8:30 AM No comments:

in awobopaloopabopbamboom aka pop from the beginning, nik cohn writes so excitingly about pj proby's as ultracharismatic superpopstar, singer and performer, that it was a shock to find out what a shlockmiester he was

but then much later on, after the US-born but big-in-UK star's career had crashed (for a while he lived in northcurch, which is half-a-mile up the road from berkhamstead where i grew up, but i never knew that at the time), Proby was adopted in the late Eighties by this deviant/transgressive-specialising label/publisher Savoy out of Manchester and embroiled in a series of bizarre records

as i recall these releases had their supporters among my colleagues at melody maker, the same sorts as were fans of el records

anyway he's 73 now and living in Doncaster and just been cleared of benefit fraud, so i read in the paper -- http://www.guardian.co.uk/music/2012/mar/16/pj-proby-benefit-case-dropped

http://www.guardian.co.uk/music/2012/mar/16/pj-proby-benefit-case-dropped
Posted by SIMON REYNOLDS at 11:47 PM No comments:

must have passed this LP a hundred times in piles of used records... flicked past it in $2 boxes and thrift store stacks... worn and scuffed and frayed around the sleeve edges... sometimes ringed with that disc shape impression through being crammed in with so many other unwanteds, although a big record in its day...

next time though i'll be picking it up

another song on that vibe

Posted by SIMON REYNOLDS at 12:23 PM No comments:

the excessive echo on Young's voice when he really emotes

the winceworthy backing vocals going on about "did you write the book of love?"

the song has this strange faded, slightly detuned and wavering off-pitch production, like everything's a little bit sharp

it fits the washed-out tint applied to the video

as with "Wherever I Lay My Hat", despite all these deficits, it almost makes it just through the dignity of Young's controlled performance

but the instantly-dated production gets in the way

these two are even worse

i suppose, though, the production (on No Parlez, by Laurie Latham) is actually not that far off the territory on this album, released the following year)

the missing link between the two is maybe this

which i had never heard, i don't think, just read about at the time

far and away my favourite "Bob Dylan" song

Mouse, aka Ronnie Weiss, had quite a high opinion of himself and as i recall believed that he sang Dylan songs better than Dylan himself... in fact he became convinced that Dylan was imitating him (or am I thinking of the dude in Chocolate Watchband vis-a-vis Jagger?)

i'm prejudiced in its favour of course, on account of my Dylan-block

i can read book after book about what a revolutionary figure he was, the mindbombs contained his lyrics, his incomparable phrasing, etc etc

(even the ones that are about other topics somehow have that tang-by-association, on account of the tone 'n' texture of the vocal)

at least "Public Execution" does it with a more tuneful and less encrypted sneer
Posted by SIMON REYNOLDS at 9:08 AM No comments:

what was mungo jerry's deal then?

now this one is actually pretty good

Family were great, but this isn't my favourite (that would be "burlesque")

it got to Number 4 in the singles chart though!

curved air, another group that's just dropped off the cliff of popular memory

oh yes and this is what i meant to post in the first place -- who remembers this lot?

was that their big hit or something else?

one more for memory lane

no hang on, one more

never noticed what a pale imitation of roxy this is


this is more heading into... Manhattan Transfer sort of zone?

Posted by SIMON REYNOLDS at 1:03 PM No comments:

Posted by SIMON REYNOLDS at 3:21 PM No comments:

Posted by SIMON REYNOLDS at 3:19 PM No comments:

"For decades sociologists have found America as productive a field of study as the most exotic locales of Africa and Micronesia, so extreme are the social conditions that persist within its borders. Indeed, the United States’ primary cultural expression and greatest export is loneliness, having turned the impersonality principle into a vast industry, a dream-lifestyle of seafled-off spaces, from the office cubicle to the automobile to the detached suburban home. Concurrently, the dislocation of the individual in physical space has been augmented with the technology of the screen, ever-increasingly plunging him or her into their own private nomos, as devices become more portable and capable of ever greater levels of distraction, away from a commons whose infrastructure decays almost unnoticed"--the Phil Zone
Posted by SIMON REYNOLDS at 8:55 PM No comments:

one of the first songs to catch my ear as a young 'un (it was already an oldie at this point, came out two years before i was born)

Posted by SIMON REYNOLDS at 2:59 PM No comments:

Posted by SIMON REYNOLDS at 6:41 PM No comments:

Posted by SIMON REYNOLDS at 3:23 PM No comments:

Posted by SIMON REYNOLDS at 3:16 PM No comments:

Posted by SIMON REYNOLDS at 7:57 AM No comments:

A particularly fascinating edition of Kev Pearce's Your Heart Out e-zine, downloadable here - http://www.box.com/s/qq9kia82v8vyeuq9sz6c - concerns the life and work of Eddy Grant, one of those staple figures of a certain era of UK chartpop who, c.f. David Essex and Hot Chocolate, somehow manages to slip through the historical cracks (KP: "He is so famous that he’s almost invisible"). Often thought what an unusual, stompy, reggae-rock sound he had on those early hits like "Frontline" and "Do You Feel My Love" , what an odd one-off monster jam "Electric Avenue" is, but, as Kev shows, it goes a lot deeper and wider and weirder than that.

Posted by SIMON REYNOLDS at 2:56 PM No comments:

Posted by SIMON REYNOLDS at 9:06 PM No comments:

there aren't many bands from the postpunk /80s-pop zone that haven't been dug up and celebrated on some blog or other.... all kinds of third-raters and stuff that was barely known at the time is subject to cult-love... every last lesser effort (why only the other day i saw How Men Are, the third, flop LP by Heaven 17 shared on a blog) gets its moment

every so often, though, i'll remember a band from that time that has completely slipped through the cracks... often a band that had quite a substantial following, or sizeable success, or at least some kind of expectation gathered around their name

one such figure, completely forgotten now, is Toyah... an Adam and the Antz scale cult ("Sheep Farming in Barnet") before (mirroring Adam's path) crossing over big-time as a sort of notch-above Hazel O'Connor plastic punk popstar

another one is Dead Or Alive

i don't remember hearing anything by Dead or Alive before "You Spin Me Round" but i remember seeing their picture here and there (were they ZigZag cover stars?), and sort of surmising their sound from their look and from the (mostly dismissive) reviews

before they fell into the clutches of Stock Aitken Waterman, Dead or Alive operated in the overwraught interzone between Goth, New Romanticism and the Big Music (Echo/Simple Minds/Wah Heatetc)

Goth/New Romanticism -- the line between the two was only wafer thin really, glam damaged andro-boys all -- Boy George and Andi Sex Gang lived in the same squat at one point


other bands that were quite big but are unremembered...

who else?
Posted by SIMON REYNOLDS at 7:52 PM 3 comments: